He's such a good Boy. 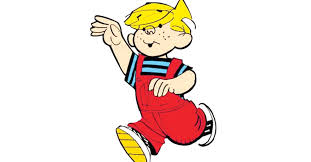 I work with Kids.  Not your run of the mill kids mind you, but the kind of kid that will say something that will cause the hair on the back of your neck to raise and set of the flight or fight instinct we all have.  These children need assistance in their daily lives with social and emotional issues.  They need someone to  be there that will play the Devil's advocate and be that little whisper that sits upon their shoulder.  Or, be willing to tackle said child and hold them down until that authorities, and psych. arrive on scene.

I had a client during one of my more challenging years that presented himself and an outgoing, normal 14 year old boy.  Happy, smiling all the time and asking all sorts of questions about things like, movies, comic books, music, etc.  Things every 14 year old American boy would be interested in, so you'd think.

This Childs behavior changed drastically.  He became paranoid, quiet, and was always watching.  My job was to take notes on everything the child does and how he acts, as simple as I can.  And, give this intel to the proper authority, either the Case Manager in charge or the School Psychologist.    I'm a glorified spy with a teaching degree.  A job I'm quite used to.

After handing over the notes to the Case Manager, and a short discussion, the Boy was taken into the School Psychologists office and asked some seemingly benign questions.  That's above my pay grade, I'm just the info. grabber and deliverer. Ya know, spy.

While the boy was in the guidance office being subtly questioned by the psych, the local authority was going through the youngsters locker and back pack.  He didn't know this was happening.  After the search the local authority appeared in the office door, I was sitting quietly this whole process doing what I do taking notes.  I was asked by the psych to meet him in the hall.  We were introduced to a peace officer who was going to take control for the present care of the child so I could confer with my colleagues.

I was shown a hit list.  My name was on the top followed by his regular classroom teacher, a few other students, family members, etc. and, a note explaining his reasoning, and a written detailed plan on how he was going to pull the caper off.  The State Police drove the young man directly to a state facility for mentally challenged youth.

This child was pulling off the best "Normal" act you could possibly think of, and doing it very well.  We skirted a catastrophe.  Taking good notes and not being afraid to stick your neck out just a little bit can often keep the Coroner at bay and save the day.

This is only one example, there are many, However, those who have stood facing the wind fearing not the sting of the hail peering deep into the abyss will understand...

Posted by John Schmaing at 2:05 PM