A Distortion in Terror 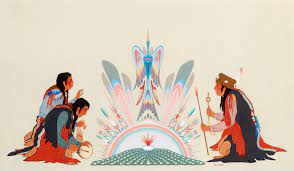 Fear is a strange thing.  We all experience it, we all feel it.  If a person says to you, "I don't feel fear." or "I'm not afraid of anything."  That person is either lying to you or psychotic.  There are a few mental/emotional disorders where the individual hasn't the ability to experience their emotions. In some instances there is treatment for the disorder, in other's there is no treatment.  But, this is not the discussion here.

Fear can cause several reactions in the human being.  First off the person experiencing the terrifying event will run away.  The instinct kicks in and they are gone away from the thing causing the stress.  Second, the person freezes in place unable to move.  Some individuals have a locking mechanism imbedded within them that stops them from moving when terrified.  We call this the deer in the headlights syndrome.  This is why so many animals that are considered prey end up feeding the predators'.  The fear of the event freezes them in place making an easy and tasty meal for the Lion doing the munching.  People are the same, some of us freeze and become the victims of our own fears.  Third place, a trigger is switched in the victim and they automatically strike.  They become the mirror image of what is causing the stress.  In life these people end up on the short end of the stick legally because they often beat the snots out of the original aggressor so when the police arrive on scene the victim has become the attacker.  ooops.

When they wake the first thing seen is the cricket crawling in front of their eye view.  Because of the distorted perception this little bug may look like a giant.  In the mind of the viewer the giant may be a monster, or an angel depending on the mind set of the person.  In either sense the first thing usually experienced is utter terror.  At this point the Medicine Carrier talks the victim through the experience and trains them on how to deal with the fear.  This more often than not takes a few goes at it and many "training" sessions.  This may sound mean as hell, but if done properly a Yaqui warrior was psychologically unbeatable.  He may even achieve the status of Toltec, a Mayan word originally saved for Sorcerers.  Not a race of people.  This was a mistake, but I digress.

Distorted Terror then becomes either a tool for gaining power, or a tool for irrationalizing the poor victim of the ceremony.  My Grandfather would wander both worlds.  Maybe that's where I get it from.

Posted by John Schmaing at 9:36 AM