Get out and Push. 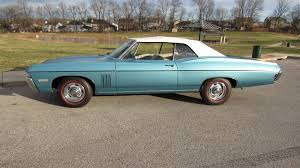 For a short time when I was a kid I had a car that started one of two ways, either by the intermittent key, or a good shuv.  On a couple of occasions I have said to the unwary passenger, "Get out and push." Usually this got a look of disbelief with a few sneers and snarls.  I liked that car.  It was roomy, fairly fast, and could hold all the band equipment in the trunk.  That included a complete drum set, a few amplifiers and a couple guitars.

Big trunks were a thing back in the day, that would be a 68 Plymouth Fury, four door.  This car was a low boat.  It road on one of them new fangled Dyna Glide suspensions, that means the shocks had air in them to give the passengers that firm, but comfy ride.  Dyna Glide was one of the positive things to come out of the Etsell.  Later on it became the back bone of the Low Rider, and became the name of a motorcycle.

Anyways I would make the passenger get out and push.  Put her in first, pop the clutch and vroom.  The car actually ran very well.  I think there must have been a flat spot on the starter that occasionally called for human intervention. Then in the spring of 1980 Mt. St. Helens decided to throw a tantrum and blew her lid.  I drove that car from Havre Mt. straight through to Spokane Washington to get a look at the new topless mountain.  I used to hike, fish, and hunt in them hills.  The favorite spots where now gone.

The Plymouth ran like a champ the whole way there.  It was only about three quarters into the trip when I took the air cleaner off to get more air into the carburetor.  I made it all the way there.  Got a good look at the mess. Parked my car in a lot.  Walked over to the dealer and bought a junk VW Bug for the trip home. My beautiful Band wagon kicked up it's little tires and died.  It seems Potash is not good for the internal workings of the internal combustion engine.  The engine froze up good and refused to run any more.  Poor thing.

We had the best crops and grass growing everywhere for about three years after the big boom.  KCl, the chemical formula for Potash, Potassium Chloride, is one of the best natural fertilizers out there.  Good for plants, not so good for cars.

When I got back I sold the Bug for a hundred bucks and a case of beer.  Probably more than it was worth.  My next pony was a 1968 Chevy Impala Super sport convertible.  I liked cars from that year.  This horsey came complete with an eight track tape player built into the dash.  It ate several on my favorite 8 tracks, dangit.  Oh well, with a 409 interceptor under the hood I could over look little things like a hungry 8 track player.  I never had to say, "Get out and push again."

This was my favorite car.  It wasn't a classic back then, but I often think what it would be like if I still owned it.  I saw an episode of the American Car auctions where a car of similar lines and age, in good condition sold for 40 thousand dollars.  Ah, if only...

I made the mistake of letting my mother borrow my car in the dead of winter.  To much engine, to much car, to much ice.  It never looked the same again.  Mom apologized and helped pay for the repairs.  Boy I liked that car.  However, it couldn't hold the Drum kit.  We had to use the drummers van from now on.  It was his turn to say, "Get out and Push."

Posted by John Schmaing at 8:25 PM