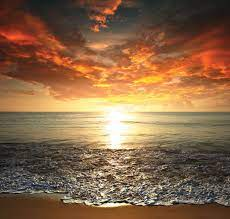 They asked me to sit in a room with my back to the wall and write down everything I thought was going on in the other room.  That included anything I might have heard through the wall.  This was the first experience I had after being reassigned to Pease AFB Newington, NH.

Presumably the Airmen in the opposite room where up to nefarious no good stuff.  Unfortunately they apparently where smart enough not to get caught.  Believe it or not the Air Force is big on due process and won't prosecute, at least at that time, until they have evidence, or a reason to gain entry to get the evidence.  That's where I came in.

This operation was an out layer of a larger program called, "Sunfire."  Sunfire was a program where the DOD (Dept. of Defense) would give young soldiers tests to see just how psychic they might be.  The thing is, you might not know your being tested until it's to late, the bastards.

I really wasn't a very good Airman.  Depending on what they called me, Sargent this, Captain that, determined the type of job I was going to be given.  Sargent this got busted back to airman for a series of not so minor fringes in the Code of Military Justice.  Captain that just quietly disappeared.

I sat with my back to the wall doodling pictures of what I thought was going on next door. The walls were pretty paper thin so figuring out what was said was a snap.  I wrote, drew, swore, and ate cold pizza until the neighbors all passed out.  Then I collected up my data and left to report to the smallest non-descript office on base.  I gave a report, handed over the paperwork, and went home to sleep for two days straight.

When I returned to base I was ordered to report to the First Shirt.  Earlier that morning three airmen were arrested for narcotics trafficking and sales on a Federal instillation.  I never saw any of them again.  I was ordered to sign a nondisclosure agreement.  Which was ass nine considering I was in the military and only had to be told to keep my mouth shut.  I wasn't going to talk about it anyways, the whole thing sounds bat shit crazy.

Six months after this event my unit and I were poised just off the far side of the Great Pyramid waiting for orders to go into Iraq.  The Egyptians are our friends and let us use their airfields for a staging events.  That was the last time.  I don't know what happened.  But, they were pissed.  That was the early eighties.

A few months after this event I was no longer in the employ of the DOD, and was residing in our fair town, up here in Northern New Hampshire.  Reality has shifted, and my memory wanes, but today I am to damn old to play their game any more.  Besides, they would have to admit we exist...

Posted by John Schmaing at 9:14 PM