The Glory Of Coffee 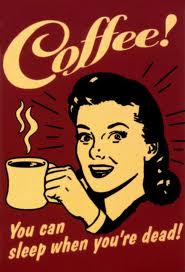 In my native tongue a couple words for coffee are Pejuta Sapa, black medicine and Wakaliapi, which means Holy bean. Each word has it’s place of importance. When I awake in the wee hours of the morning it becomes the Holy Bean. I have a daily ritual that starts very early in the morning. Religiously loading the coffee pot with beans and water, I concentrate on the coffee maker until I am satisfied that the magic liquid is emerging from the pot. A very religious experience.
Coffee takes on the other name when the sun goes down and the moon comes out. It is that substance that helps us stay awake deep into the night. The life of the night owl, the Black Medicine. Romona and I both adhere to the practices of the bean, it’s holy nature and it’s darker staying awake properties. It is truly sent by the gods.
It is a multipurpose plant that has given us, the addicts of the world, a genuine reason to get out of bed in the morning and study late into the night, and to any scholarly individual world wide it has given a divine purpose. Thank you God for it’s creation.

Posted by John Schmaing at 5:22 PM No comments: 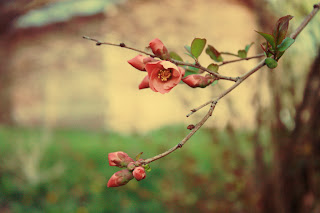 In the North Country, Spring takes it’s good time coming.  It lingers in the nether regions of the south and teases us with warmth and hope only to let winter come back again to torture us.  Today was no exception.
On the first full day of Spring, we here in the North Country are being beaten back by yet more snow, ice, and cold, damp nastiness.  I’m tired of it and ready for flowers and warm.  I told Romona that it was snowing and she said, “Cool.”  She’s been effected permanently by bad weather so we have to forgive her.
I’m tired of the shoveling and coldness.  My body hungers for sunshine and warmer weather.  So, come Spring we beckon you, warm our space and let the flowers grow. 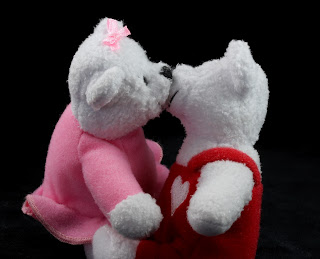 We often forget to give praise to those that have done the greatest in our lives in very subtle ways.
We
forget that behind our every day scenes there is that one person that drives us and supports us in ways that we don’t notice.  We forget, and when we realize what has been done it’s often to late.  That person more than likely sits in support of us still regardless of our thoughtlessness.
I have a person in my life like that.  She is the most substantial and strongest supporter I’ve every had in my life.  She stands by me through thick and thin ,silently ,protecting me and instructing me.
My supporter comes in the frame of my most favorite person in the world, my angel, Romona.  She is the one that has given her all to me.  Romona, if I’ve ever forgotten to give you praise and venerable respect, I apologize.  For I love you more than I ever have and you are my true Hero.

I love You,
John

Posted by John Schmaing at 12:36 AM No comments: 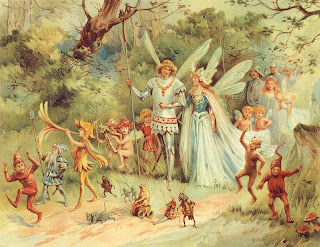 Kermit The Frog said once, “It’s not easy being green…” Thinking of the day, March, 17th St. Patrick’s day, I envision little green fellows that might be related to Kermit, or not, wandering the woods in high hats and funny shoes hiding away their many pots of gold. It’s not easy.


All dressed in green and smoking long pipes, these are the wee folk of Ireland, Leprechauns of old legend. The green of spring mixed with the wonder of a child, their magic is hidden in the imagination of every one light of heart with a twinkle in the eye. The true magic of the wood.

I’ve heard it said, “God invented whiskey so the Irish wouldn’t rule the world,” and, “Beer is proof that God loves us and wants us to be happy.” Both are old Irish curses. But, for all of us that have some Irish heritage I remember an old Gaelic poem,

“This is Tir Nan Og, (Ireland, the land of the Ferries)
It our home
It is Tir Nan Og
This Our Home…”
Happy St. Patrick’s Day.

Posted by John Schmaing at 10:23 PM No comments: 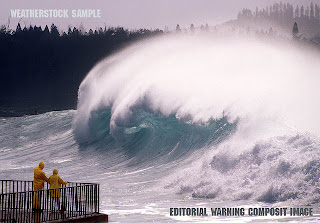 Human beings are resilient creatures.  We access future problems and make decisions that may or may not come to fruition.  We will even build our homes and live for generations in the most dangerous areas available, thinking we’re safe and sound.  This often leads to disaster.
On the Japanese afternoon past one of the mightiest earth quakes that has ever been recorded shook the sea floor 45 miles off the coast north of the island.   The quake came in at a whopping 8.9 magnitude on the Richter scale.  Japan is the one country in the world that is most prepared for such a disaster and the quake actually did little damage considering is size.  What came next was another story.
There was a 26 foot wall of water washing the coast of Japan away.  The tsunami that was created by the quake did the real damage.  Destroying homes, businesses, roadways, and brining down the infrastructure; the wave was the hand of the water gods brushing the sides of a quite, peaceful nation.  The loss of life at a little over a thousand is actually extremely low considering the size of the city of Myogi at over a million souls.
The wave swept across the Pacific and struck every coast along the ocean.  Now the healing and cleaning will begin.  Let’s do the Zen thing and bow a low head holding the rice bowl forward for the people of Japan.

Posted by John Schmaing at 7:31 PM No comments: 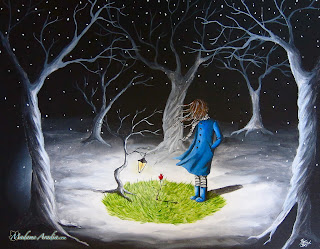 This past Monday, we experienced an unfortunate event. The Great North Woods, was covered by two feet of slushy, nasty, heavy snow. It was pretty to watch as it fell. It even gave us a warm cozy feeling deep inside, but that was not to last.


School was cancelled and the children of the area all hip hip hoorayed in harmony. Romona and I stayed in bed and enjoyed some needed rest and relaxation. Right about 3:00 pm. I decided to go out and shovel the stuff off of the drive way so we could get out the next morning and do something like, go to work.

I hadn’t calculated the depth or the weight of the white stuff correctly, no not correctly at all. After 6 ½ hours of shoveling I wandered back into the house tired and very sore. Romona had a hot cup of coffee waiting for me and I took a much needed shower.

Occasionally the creator puts before us a test. Monday’s test was the snow, a shovel, and much heavy lifting. I think I heard the voice, I can not be sure, after all that shoveling I was seeing and hearing many things.

The Politics of Children 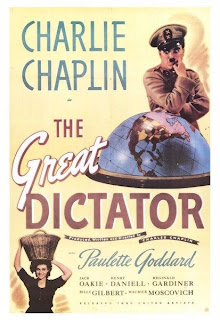 Recently in the news we read, view, or listen to the many sudden upheavals in some of the Middle Eastern Governments. It started in Egypt with Hosni Mubarak’s refusal first to give up power to the people, then fleeing when his own military stepped in and took over. On the heals of awakening corruption charges Mubarak fled and his cabinet fell.


Next of all places to have political unrest, Tunisian president Zine el-Abidine Ben Ali age 74, accused of corruption and murder has been overthrown and the military has taken over. I should restate my previous paragraph, this happened before Egypt. Then spilled over to the Egyptian population. The countries that border Tunisia are in order from the Red Sea and Jordan, Egypt, Libya, Tunis, and Algeria. Is this a coincidence? I think not. Revolution and an awakening eye are focusing in Northern Africa, the Muslim world is feeling great growing pains. Who’s next, Morocco? I believe that’s already a Democratic nation.

Let’s discuss Libya for a moment. Col. Muammar el-Qaddafi, Libya’s autocratic leader and dictator has held power there for upwards of 30+ years. I remember the eighties when the US sent a hit squad and planes to rocket his house in Tripoli. We missed him, but that quieted him for a few years. No one took him to seriously because his life style began looking more akin to Hugh Heffner’s. However, there was the occasional story that made it’s way into our ears about people dieing, families disappearing, and large amounts of money flowing through Swiss banks supporting Terrorism. We pretended we didn’t hear and went through our daily lives blind and happy.

It has taken his own people to finely deal with the maniac in the castle. After seeing an interview on CNN, listening to what Hillary Roddem-Clinton has said about him, and watching his body language, I can comfortably state that President Col. El-Qaddafi is insane. He appears to be suffering from megalomania, delusions, and is slipping away into his own self created fantasy. Maybe, just maybe he is suffering from Alzheimer’s disease.

The northern parts of Africa for the most part are exploding into political turmoil. Change is painful, but sometimes very beneficial. Children do grow, and political children sometimes grow slow at first and explode to a death akin to re-birth.