The Lady Asked for Help. 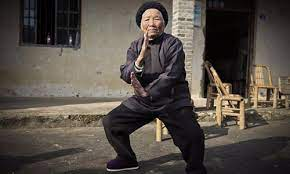 I work two days in Wal Mart.  It sucks, but that's not the subject of this blog.  During my day I spend most of my time looking at an alpha numeric cataloging that is supposed to help the store keep the inventory in line and lets the computer keep the inventory up to date, HAH!  If you're not aware, Wal Mart is run by a mercenary group of teenagers that have been sent to the Wal Mart College to learn how to push people around.  My tolerance for teenagers on powers trips has run its course.  So, being a father figure I've mastered the ancient art of the intimidating stare over the top of the reading glasses.  I learned this from my father when I was a teenager.  I remember the chill that it sent down my spine.  I remember the thoughts, the fear, the wondering what comes next.  Hell hath no fury.

I've been using this mystic technique on the, "managers?" of Wal Mart.  So far, they don't bother with me.  After all I am an unpredictable SOB.  See the power of the stare.  The other half of the technique is a little harder and needed some practice.  That is the Clint Eastwood sneer.  Dad would stare over his glasses, and employee that sneer. The world would stop.  Now dad had one other part that I can't master.  He had a loose false front tooth that he would let slip down just a hair.  Picture this, Intimidating stare over the glasses, Clint Eastwood sneer, and his loose front tooth slipping down just a bit.  Creepy right?

While I was working merchandise, trying to translate the alpha numeric BS.  A sweet old lady tapped me on the shoulder and said, "Sir, can you help me with this?"

As little old French ladies are she was about four feet nothin and slightly stooped.  She asked me to reach for an object to high on the shelf for her to reach.  Which to be honest was just a little higher than my waist, but I don't judge.  Anyways, while I was reaching for the object I was accosted by one of these self important Teenagers.  I ignored him, employed my Mystic technique and continued to reach.  The youngster obviously needed a further lesson because he just got angry and pressed me again.

Out of the magic blue, the little old lady suddenly became motionless and silent.  She was staring straight at that poor fool of a managing teen, barely breathing.  The only thing I could compare her to was an Alpha wolf  getting ready to pounce.

You can sense fear in the young when it comes over them.  It has a stink and a quiver that penetrates the whole situation.  His eyes got big, almost a tear running down his cheek.  I could swear I saw his bottom lip quivering.  He was a  mess.  Then there was a sound.  I would say it was a Kiai a martial yell, but it came from everywhere.  Then the old lady moved like a pit viper.  Her left hand shot out and  hit him soundly on the shoulder with her purse, then she kicked him real hard right on the shin.  The teenager's eyes welled up and he limped away in defeat.  I swear I could hear him crying.

There was a small miracle that day.  She straightened right up.  Looked over her shoulder at me with an impish grin followed by a cackle that could only be compared to a true honest to goodness Witch.  Gee Wiz.  She said, "Thank you for your help son." And she walked away.

So, I now know two mystic techniques to use on the Teenage super staff of Wal Mart.  My Dad's gaze, with Clint Eastwood's sneer, and an Old Ladies motionless pounce that strikes instant fear in the hearts of the American Teenager.  It was a good day...

Posted by John Schmaing at 8:22 PM