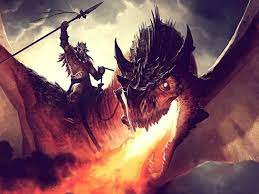 A little north of the Misty Isle lies the small island of Perth.  At the heart of Perth, surrounded by icy waters is an active volcano.  It is said within the volcano rests the heart of the world.  For generations explorers have been visiting Perth in search of a mystic treasure, a gem that has the power of rendering the wearer immortal.

Immortality may not be exactly what it's all made up to be.  The men who covet the gem lack in any virtue at all, and those who show humility and respect for the path do not want the stone.  So, who would be immortal?  A pious man does not covet and a seeker of gold never has enough.  Much like eating and never being full verses having enough and sharing the rest.

Guarding the center of the island are a group of sworn monks.  These are the "Monks of Perth" who's oath it is to guard and protect the island and it's treasure with every breath of their beings.  Each has sworn his life to the gems protection and the volcano's stability.  For the stone and the volcano are one.  The Heart cannot leave it's mother.  If the two separate then the volcano would destroy the island, and the rest of the world would follow.    Who would sacrifice the world for unnatural life?

The Monks of Perth ride on the backs of great winged beasts.  These Dragon Riders are the protectors of the Heart of the World.  The monks fly in pairs in shifts of four hours twenty four hours a day.  These men have been protecting the Heart for millennia protecting a story that has lived in time since time was a thing.  That would make them very old.

This story may be true, it may not, would you travel to a small island just north of the Misty Isle in search of Immortality?  Look on a map you may find Perth, you may not.  Would you be willing to meet the immortal Dragon riding Monks?  Are they cursed, or are they blessed.  Only they would know?

Posted by John Schmaing at 7:47 PM