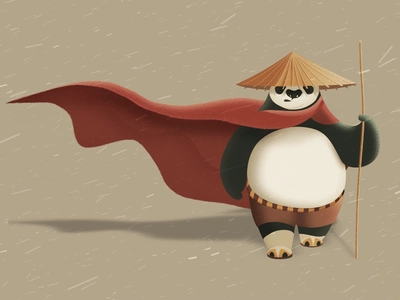 Many of you know, many may not, that for the majority of my early adult professional life I was a full time Martial Arts instructor and Athlete.  I would travel around visiting different venues giving lectures, and classes ranging from stress relief techniques for professionals, to martial arts, tactics, and self defense for Security, EMS, Police, and Fire Departments in the Tri state area of Northern New Hampshire, Vermont, and Maine.  I would occasionally accept invitations to tournaments where another Martial Artist would attempt to punch or kick my head off, or if the practicum called for it, try to tie me into a tiny knot.  I made enough money playing this game for a little over twenty years to pay my bills and keep me in beans and rice.  Life was good.

In 1998 while I was training for a local event I injured myself to the verge of early retirement.  I was going through a Yoga routine, one that I had been practicing for more than 30 years, and found myself in the position of having to watch the ACL, (anterior cruciate ligament) in my right knee slowly tear itself apart.  I couldn't move or change position, all I could do was experience the pain while it happened, and it happened at an excruciating slow pace. I could even hear the sickening sound of the tissue pulling itself apart.  Not an experience I would wish on anyone.

It took me two years to rehab from this injury, after having a cadaver ligament used to replace the blown out one.  Regular visits to physical therapy and the sports Docs place eventually got me to the point where I could get my limb back into kicking and low stance shape.  I was now 40 years old and not as willing to crawl into the ring with 20 to 30 year old kids.  I'll teach them how to be proverbial punching bags, I just won't be the punching bag.  Business picked up and I again was paying the bills and eating the occasional burrito.  I had a couple other gigs, but hey.

The turn of the century came and the economy of our fine town died.  The paper mills closed, and folks of all kinds lost jobs and began shifting around into different life styles and different occupations.  I went back to school to work on a degree in education.  I was the oldest student in the class for most of my experience.  During this time I was forced to close my Dojo, a Japanese word for school.  This is kind of funny since I teach Chinese Gong Fu and the correct word is actually Kwoon, but hey Americans are gullible.  Anyways I closed up operations of my Dojo in 2005 after being a part time academy for two or three years.

By the time I had closed up my school I had already spent a lifetime studying and practicing  the classical martial arts.   I decided to take my school underground and re-create myself and dump all old things purging myself from bad influences and negative teachings and thoughts, to begin anew again.

The year was now 2019 and after a conversation with two of my most honorable and loyal students I began teaching again.  I just didn't tell them that I had dumped all prior material and re-created the whole curriculum of the system.  I have spent the past 20 years creating and re-creating a whole set of new forms, techniques, and teaching principles with which to express my understanding of Martial Philosophy and introduce to them a brand new Gong Fu system and style.

We are now a wandering school that travels from my backyard, to one of my master student's garages, to the incredible Zoom device.  When we began meeting for classes the Pandemic decided to emerge and we we're forced to hold classes online over Zoom and on Google Classroom, a good place to keep a record of our material, and easy meeting place.  We have become a hybrid half online half in person Kwoon.  The modern era is here.

Today we are on the lookout for a economically viable location with which to share our material with new generations of students.  Our new introduction.

We are The New School Of The Silent Warrior, I am John the Head Master and founder of the system, style, and school  I am assisted by two of my Master students, Adam, and Tim who have together become a foundation for the Kwoon.  In the background are two other Master's of the Esoteric who prefer to keep themselves clandestine, with whom I share the higher states of being with, the secrets to Enlightenment, for which I will be forever grateful.

Posted by John Schmaing at 3:03 PM