A Story About Sun Tzu 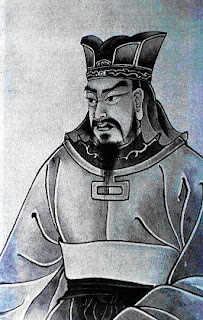 A few thousand years ago General Sun Tzu of The Imperial Armies, was given the task of training some new recruits. Because there were no trainees in this district of the appropriate age and gender Sun Tzu was forced to draft young women of the province. The story goes that he found himself 100 new recruits, however this province was of Manchu and these women new nothing of hard work.


Sun Tzu had his commanders take charge of the girls and line them up into formation; as was, and still is the practice of the first day of military training. As with any organized unit made up of young people there were those recruits that did not make the “grade” causing mayhem and discontent within the ranks. Military discontent and mayhem way back in the time of Sun Tzu was a way to get the recruits involved, axed.

Now, it is important to understand that these young ladies where being forced to serve, they had no training, and because of their economic status weren’t accustomed to hard work. General Sun Tzu’s solution to the problematic children was to choose 10 of the girls that were not toeing the line and stand them in file front of the 90 other recruits. He asked them once more to stand at attention and be quite, they did not, the General then had one of his cavalry men ride quickly behind the 10 beheading them on the spot.

We, the rational minds of the 21’st century, would stand aghast at such an act, but this was not the 21’st century and General Sun Tzu was fighting a war that was threatening to eliminate his emperor’s armies, so our aghast thoughts don’t count. The task was done. The rest of the ladies fell into line and from that day forward became one of the meanest, most well trained groups of assassins ever known, the Dragon Ladies of Manchu.

General Sun Tzu later became known for his writings on “The Art of War,” an enlightened man.