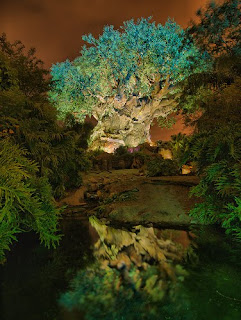 Let me tell you a story. This is the tale of a young boy that grew into a wise man who had accomplished one great thing during his lifetime.

The young boy would follow his family every morning, noon, and night to the temple atop the mountain behind the family house. This was a family of Brahmans and practiced their faith with great respect.

The boy would follow his Mother, his Father, his sisters, and his brothers all up the hill along the ritual path to the top. Atop the mountain, in the temple dedicated to the god Brahma, they would lay offerings of abundance, prayer, and faith. The offerings would range from pieces of gold to food, and often-simple stones found on the sacred path up the hill.

The boy would follow and watch as he grew. Asking to lay an offering himself, he always seemed to young to participate in the ritual, so he would observe and watch every detail memorizing the words the movements and the tones so he would never forget them.

When the boy reached his ninth year he followed his family up the sacred path to the temple. This day he felt a great desire to fulfill a dream. Halfway up the hill he stopped to gaze at a beautiful flower growing out of a fallen branch lying next to the path. He had a great idea, taking up the flower on that branch he followed close behind his brothers. Holding the flower and the branch he observed the morning ritual and had a great longing. When the ritual was complete and his family began walking back down the path, the boy approached the temple and laid the branch upon the pile of offerings that had been gathering throughout the years. He bowed reverently to the temple and said quietly, “thank you.”

Eventually the passage of time took the young man’s Father and Mother, and his older siblings. He began walking the path alone to visit the temple that was now a great tree.

Early one evening the young man approached the tree and began to pray when he noticed a golden serpent within the branches of the tree. He approached the serpent and gazed at it in wonder. He heard a great voice from within the snake tell him that he was meant for great things, that the world would now change because of that very first gift that he had given to the temple that became the great golden tree. As the serpent spoke it grew closer to the young man and wrapped itself around his neck and shoulders. There was a great thunderclap and the snake was gone. The man had changed; he was surrounded by a golden glow and spoke with the great voice of the golden serpent within the branches of the tree. He had become one with the serpent and the tree.

The man stayed there at the tree, and from that day forward people came to him for his teachings, his enlightenment, and his blessing. The man had become Pantanjali, the son of the Great Brahma. He had become the Kundalini of mankind.