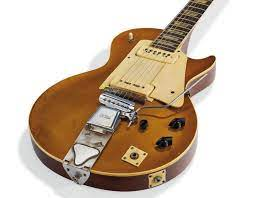 In the beginning there was the Rock, then God said let it roll.  Cave man evolved and generations later the Rolling Stones emerged onto the tar mat, and the Rolling Stone magazine was born.  Rock and Roll music was transmuted from the voice of the Creator to the minds of young humans somewhere during the late 40's into the 50's.  Legends were being born.

Chuck Berry was born October 18th, 1926 in St. Louis Missouri.  While Chuck was cooking in the womb of his mother, God was writing on to his soul the foundation of the greatness of a modern movement.  Chuck began building on the foundation of Rhythm and Blues and rewrote, recreated and changed it into Rock and Roll.  Chuck Berry is considered the, "Father of Rock and Roll Music." Thank you Lord.

While Chuck was developing his distinctive guitar styling, Riley B. King was becoming one of the world pre-eminent Blues men.  Performing under the name B.B. King he created such works as, "The Thrill Is Gone," "3 O'clock Blues," and "Downhearted aka: How Blue can You Get?"  Each a transformative piece of crossover Blues to Rock works that put BB into the light of Guitar Godhood.  Rock and Roll was here to stay.

A few short years after Chuck, and BB stepped onto the stage one of the original Bad Boys of Rock and Roll sat on, kicked, walk over, and even started on fire his Grand Piano, Jerry Lee Lewis.  Jerry Lee was one of the founding father's of Rockabilly music. Which has transformed generations of Rock and Roll loving teens.  Jerry Lee was so bad that he even married his 14 year old girl friend, Myra Gale Brown from England.  Turns out she was a 4th cousin once removed.  Bad Boy.

January 8th 1935, Elvis Aaron Presley was born in Tupelo Mississippi.  When Elvis was born a new shaking was being programed into the machine.  God had whispered into his ears, "Let there be hips." and so there was.  Elvis became the ever controversial movement of Rock and Roll.  He twitched, swung, and gyrated his place into the World as the new emerged, "King of Rock and Roll."  With the help of the equally controversial Colonel Tom Parker, Elvis became a Super, super star without ever doing a show outside the United States.  Incredible.

Rock and Roll had become a solid, and real thing in the minds of the worlds youth.  Not just here in America, but all over the planet.  It infiltrated the minds of the Communist young along with the rest, and forever changed the way our young communicate with each other, us, and the rest of creation.  Amen.

Posted by John Schmaing at 9:48 AM