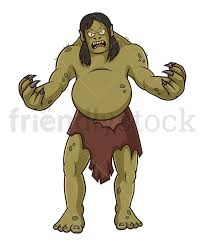 Rothegar called Grendal to him from his Hubris.  Rothegar had forgotten the old ways and was partying it up at the expense of his people.  Yet he refused to accept the Christ as a representation of the one God. He was worshiping the Earth mother in ways she was not proud of.

The Earth Mother sent her message in the guise of the beast Grendal.  The son of Chaos, and his Mother was the only creature Grendal was afraid of.  From the bowels of the Earth rose a dark Dragon that appeared as half human half beast, with breath so fowl all would die before it, and eyes so dark that all light would be sucked out of existence by them.  This was Grendal's mother, the Beast of the Earth Mother.

Beowulf, or Bov,i' as he was classically called, was a hero from a neighboring land north of Rothegar's kingdom.  Bov,i's people were a warrior race that traveled in search of great adventure and personal conquest.  The son of a King, Bov,i' was given the gift of a present mind and powerful body by the gods of order.

We have Grendal who was created from chaos, and Bov,i' who represented order facing off at the end of the epic poem, "Beowulf" which Bov,i' and Grendal both made their presences known to the world longer ago than written memory.  It is the product of a verbal tail passed down from generation to generation from a time we have long forgotten.

Many of our classical stories have made their ways into our collective unconscious in the same manner as verbal tales from times that we have forgotten.  These stories include, but are not limited to, the Arthurian tales, Merlin and his epic story, don Quixote Dela Mancha, and strange as it may sound, the several versions of the Holy Bible, Hebron version, Christian version, and Islamic version.  Kinda makes you wonder doesn't it.

There is a prevailing similarity to each of these stories, they all start with a woman.  The main character of each story had a dubious flirtation with and often marriage to the female counterpart of that story.  Making a holistic completeness, In Ro, Yin Yang, Earth Sky, Male Female, the wholeness of being.

Magdalena had Jesus, Freia had Beowulf, Dulciana had Don Quixote, Salama had Mohamoud. Guinevere had Arthur, and Nimuea had Merlin.  The downfall of all people.  Human kind and their collective madness.

Posted by John Schmaing at 8:52 AM