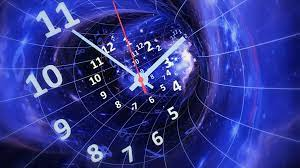 Occasionally, not as often as It used to happen, but occasionally I suffer from a malady called, "Missing Time."  For instance yesterday Mona and I visited the medical community for what should have been a short 30 minute talk.  We left the house at about 11:20 AM, the appointment was for 11:30.  Only being a couple minutes around the corner from the appropriate office we arrived in plenty of time for the meeting.  The appointment went off without a hitch and we left the place about 30 minutes later and came home.  That would have made it around noon to 12:10.  I got Mona situated and went to the store for a few essentials.  That process was a short one, I don't like the shopping experience my anti social nature tends to prevail and I came home at about 1:30 ish.  We had a short talk, which involves some poking fun at each other and other folks.  She wanted to play in her books and I decided to send a text inviting my two compadres Ray, and Michael over for Weekly holy beans.  Then I suddenly noticed it was 3 o'clock.  We lost about 90 minutes of time.  Poof, gone just like that.

Missing time has plagued me for most of my life.  I have had spells where entire days have disappeared without a trace.  I discovered early on that trying to find lost time is much like looking for air.  You know it's there, but can't see it.  Unless your in the LA area.  But, that's a whole other universe.

More than just a few years ago, I had an appointment with a student in my office on Main Street.  I got up early and had some breakfast and decided to take a bath, we didn't have a shower, our apartment was in a house that was a tad over 100 years old and the plumbing was not exactly up to date.  I was soaking and decided to go through a short meditation while in the hot water.  Always a relaxing process.  I came out of my meditation and noticed a message on my answering machine, one of those old types that use tape to record the messages.  At that time that's all that was available.  The message informed me that I had missed my appointment with the student by a little more than four hours.  Shhhhsh.  Missing time.

Lapses like this one have plagued me since I was a grasshopper.  An explanation may be in a later blog.  When it makes sense to me.