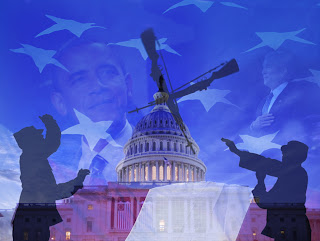 It’s been said that there are only two inevitable absolutes in life, Death and Taxes. The first mention of an income tax came around the War Of 1812, to help pay for the war effort. Then again in 1861 the United States imposed the first personal income tax as part of the Revenue act of 1861, to help again support the war effort. This was repealed and imposed again in 1862, again as part of a war effort. This was the pattern of taxation in our country for a greater part of our existence.


Along comes the sixteenth amendment to the constitution which lays out the guide lines for taxation in our country. I’ll skip forward a few years, 1955 a ratification of the amendment and Congress imposes a tax on our gross income. So begins the fall from grace.

Wars come and wars go, struggles begin and stop, monies collect and disappear, where they go we don’t always know, but they pile up and back up and we end up collectively in dept, big dept.

I have friends that hide, they live in the woods and have gone off the grid hoping that Big Brother forgets them and or doesn’t come looking. Of course we all know it’s darn near impossible to hide anywhere these days due to technology. The eye in the sky looks ever earthward, Good luck.

The political spectrum in our country doesn’t give me warm and fuzzy feelings. I get the creeps and looks at Washington as a place to avoid at all costs, we can’t afford to visit there anyways. Our leaders bother me allot, and have been caught in many corrupt comings and goings for many years. God save the King.

We don’t exist in a capitalistic for of government anymore, and we aren’t communistic, but we’re closely creeping toward socialism with outlines of a proletariat. That is the poor are poorer and the rich and filthy. Canada is an example we might follow, but they have problems to. Maybe hiding is the thing to do.

Taxes and Death, two of the inevitable absolutes in life. Hold on to your loved ones and keep your nose to the wind, things are changing.

Posted by John Schmaing at 5:58 PM