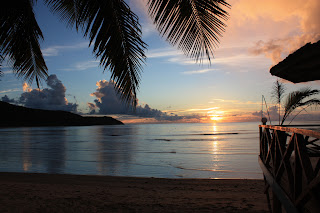 Romona and I are admirers of old movies as shown on TCM, “Turner Classic Movies.” We enjoy watching actors and actresses of times gone by that remind us we once had what are considered family values in our land. Today I have the pleasure of watching, “South Pacific”. It’s a musical based during WWII on a Polynesian island somewhere in the South Pacific, makes sense.


In this film there is an older woman that is one of the main characters. To the sailors in the film she is known as, Bloody Mary. She comes by this name honestly by being just a tad morbid. As you watch this character in the film you can get a grasp on grandmotherly attributes that the schooled eye will see are the signs of a Kahuna. A Kahuna is a Polynesian holy man or woman, the priest of Huna. Huna is the ancient religion of the islands of the South Pacific that include Hawaii.

Bloody Mary is the Kahuna in the film. The instigator of many marriages, economy, and politics; Kahuna have been known to be interesting folk.

In the movie there is a forbidden island called Bali Hei. The unknown off the western shores of the main island. There is a similar forbidden island off the coast of the big island of Hawaii. Only Kahuna may go there and perform the secret sacred rights. I believe that every culture should have such a place, for in this place the important stories and myth are born that hold that culture together.

Posted by John Schmaing at 4:06 PM