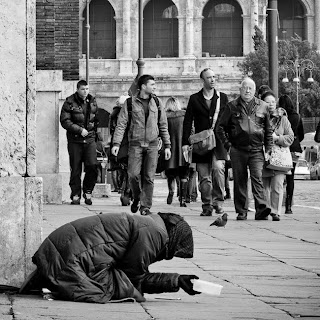 I often wonder what is considered a living wage. I know my income isn’t it, and the combined income in our household isn’t it. Then what is a living wage?
The minimum wage for this country is now, $7.50, an hour. We all know that’s not a living wage. Anyone trying to work out a living on $7.50 is starving to death one paycheck at a time.

In the fair community that I’ve called home for the past almost thirty years hard times have come, gone, and come again. Very few of the folks that we call neighbors and friends make a living wage here either. I often find myself staring teary eyed at nothing wondering how and where a living wage will come.

Prayer works to sooth the soul, and give warm fuzzies, but it doesn’t bring in a wage, unless your teaching prayer for a living. In this case one would be considered a cult leader. Not a choice of employment.

After a meeting at work I am left wondering just how long the fair people of the community I live will be enjoying their almost, but not quite living wage. Our city is no longer a city, but a town and is dieing, not a living at all.

So, I hold out my rice bowl, head bowed staring at my feet and ask for alms. To you the Reader send one dollar bill in an unmarked envelope and those who I have taught to pray will pray for you. We’re not a cult…

If your sincere about sending that dollar, email us and I’ll personally make sure that favor is returned ten fold someday.

Peace and Balance,
John
Posted by John Schmaing at 5:32 PM