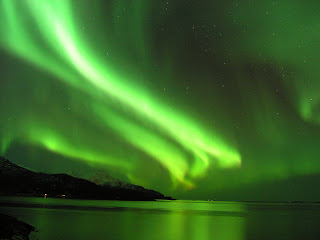 The Earth’s electromagnetic field has occasionally switched polarity, and it has moved from time to time. Wandering around the planet our magnetic north pole keeps critters that rely on that field to navigate and migrate on their proverbial game. It however, as far as I can find, hasn’t wandered as much as it did this past week. It seems the pole is shifting further and further into the Russian Federation.

Last week, coincidently the day that thousands of birds fell from the skies, and even more fish floated to the top, the magnetic north pole traveled about 65 miles westward in the direction of the Russian Hinterlands. Is it a coincidence that things shifted and animals died on the exact same day? I wonder, I wonder if there isn’t something bigger happening that the governments of the world would rather the population not know, hmmm.

I did some research and found out that there is no real scientific evidence that suggests people are deeply effected by the magnetic field. What I found was that there really hasn’t been much research done on the subject. There is much speculation and word play by the doom sayers, but that doesn’t convince me. There is no credibility there.

What I’m going to do is start reading the old text. I’m going to go back into history and see if there might not be an answer or two there. I’ll just bet that I might find something that would give a small rational explanation for all the nutso speculation out there.

I might learn something about the planet and our relationship to it.

Posted by John Schmaing at 7:02 PM