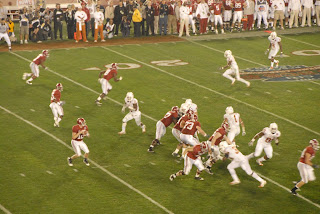 Ned Arbuckle was a dorky kid. When he was twelve years old he had already grown to a full 5’10” tall. His hair was a very dark brown that offset a perpetual tan afforded to him by a malingering genetic structure. His eyes were also brown, the color of dark baby poop, and he had very large feet at size 13.


Ned was a very smart boy. He loved science fiction novels and had a mad scientists predilection for invention. On his 13th birthday, Ned had rigged his father’s chain saw motor to run an extra wide skateboard looking machine that traveled a full sixty-miles per hour down the city streets. The day after his birthday, Ned was awarded a speeding ticket for riding this board on those same streets. The arresting officer wrote, “Ingenious if not misplaced design” across the top of the ticket. Ned’s father confiscated the board and reclaimed his motor, but put the board and ticket on display in his den, like a proud father.

When Ned was 18 he was a strong and lean 6’4” tall. Ned loved to lift heavy things and would challenge many of the football jocks to various tests of strength. Ned never lost.

The day after high school graduation Ned was seen by a college football scout lifting the back of a Cadillac, Ned was hence forth turned into a quarter back killer and drafted into the Crimson Pride of Alabama.

Ned played for 4 years and extended his education for 2 more. Ned graduated eventually with a degree in engineering from Alabama State University and eventually received a Ph.D. from MIT for his design in a power driven skateboard.

Ned Arbuckle was a dorky kid that grew into an accomplished man. Have you ever heard of him? No, generally four generations after a person’s death they will have faded from historical memory unless there was some greatness that reflected insanity.