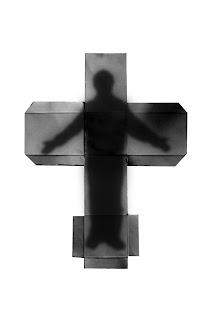 Science is an interesting concept. There are soft sciences and hard sciences. I am the product of both schools of thought, which can cause conflict and confusion. What a wonderful mixture.


Hard science is very mathematical and logical, it has evidence to back it up that can be proven or debunked. Soft science is more philosophical, it’s logic wanes and expands depending upon the thought put into it. A philosophy can be rooted in fact, but most often has roots embedded in faith.

When the two sciences collide, when faith and fact meet the seeker is no longer within the confines of a closed system. We call this science metaphysics or metascience, the act of thinking outside the box.

Practicing any art form within the confines of a set of said rules entraps that art and puts it in a prison. Any philosophy that does not allow the thinker to think freely puts that philosophy in a mental prison. And any science that stops looking for answers to unanswered questions puts that science in a prison. So, outside the box we go into the unknown to let the powers of hard science collide with the powers of the soft science and let the metaphysics prevail.

Here’s a small Roman puzzle for you: Take the following formula, write it down on a piece of paper exactly as written, then without a pen or pencil do a simple change to make it true. XI + I = X