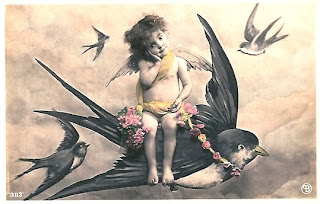 Luke was no ordinary man he was left-handed. Being a lefty gave those around him great concern. Was he evil, was he wrong, and was he the son of that down under? Words and thoughts like these followed Luke all of his life.


Luke was also a most intelligent man. He was well read and knew a great many things. Luke designed his own house and built it with his own hands, holding that hammer strongly on the left side. Luke loved building things. Creating was one of the great joys of his life. He was a master carpenter.

When Luke was a young man he carved and put together a fancy, but comfortable rocking chair for his dear mother. She would sit in that rocker and tell him stories about his people and family. Luke learned the lessons of family sitting at the feet of his mother while she rocked away.

When Luke was an older man he was spied nailing tiles on a roof without the aid of a hammer, he had learned to press the nails into the boards through the process of thought and will power. Luke had ascended beyond the need for physical tools.

There was a story about Luke placing a calloused hand upon the forehead of a blind man. Later that day while the blind man was alone his eyesight suddenly returned. There were no witnesses to the miracle, but the once blind man knew who did the deed. Luke denied he had anything to do with the act; humbly saying the once blind man must have spontaneously been healed.

Luke was left-handed all of his life and just sort of disappeared one spring afternoon. In his place was found only a few loose feathers and a note that read, “I’m sorry I can’t stay, but fear not I’ll return someday.”