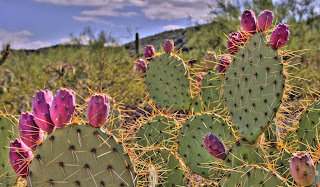 When I was young I went hunting with my Dad and a couple of his friends. We were setting camp in a cabin outside Malta Montana in an area that was supposed to be filled with mule deer.
The plains of the United States are littered with a plant called the prickly pear cactus. This plant has been considered the bane of many an unsuspecting traveler on the plains. Foot wear is important when hunting outside Malta Montana, there is allot of prickly pear cactus and all I had on my feet was converse canvas sneakers.
I never complained much when I was a kid. I marched all day long in those canvas sneakers stepping on cactus every chance I got. Prickly pear cactus secrets a juice that numbs the area that it punctures making it a real good anesthetic. Sometime during the middle of the day I lost the feeling in my feet.
As I said, we were hunted all day long. Hunting doesn’t necessarily mean you bring home a kill, it just means you wandered around aimlessly looking for something to kill. We wandered. At the end of the day we went back to the cabin to make up stories about the size of the deer that got away.
Later that evening I tried to take my sneakers off. That was when I noticed that the shoes where attached to my feet by cactus barbs. The anesthetic effects began wearing off and I was suddenly lofted into a new realm of understanding. I was in real pain.
That night my Dad introduced me to a bottle of whiskey, a real sharp knife, and a pair of pliers, with which he used to cut the shoes off of my feet. I drank the booze, poured some on my wounds and passed out to my visions of spotted horses and Jimmy Hendrix playing in the background. I understand horse dreams, I am a Heyoka after all, but that’s another story.
The next morning I couldn’t walk and had to stick my feet into an ice-cold stream to bring the swelling down. From that weekend on I’ve been able to do all sorts of things with my feet that normal folk would consider odd, but that too is another story.
Peace and Balance,
John
Posted by John Schmaing at 10:02 PM