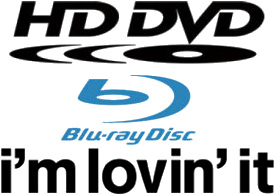 I’d like to take a moment to comment about the next wave in audio/visual technology, three dimensional high definition television. I understand that high definition or HD as it is commonly referred to isn’t really new, but it isn’t old either. A short couple winters ago, Romona and I went out and purchased one of those really cool wide screen TV sets. It’s a 52 incher that has a resolution of 1080p. That means the picture is very, very sharp when watching HD programming. We then upgraded our TV programming to include HD, and she came home one day with one of them new fangled Blue Ray players. I am in HD heaven. Having spent the money on a high performance 5.1 Dolby digital surround sound receiver and stereo a few years ago, we are now set for the top in couch potatoness.


When I was a younger man I played bass guitar in a jazz band, a big jazz band. I also doubled as the bands tech dude. That means I learned to hook up sound equipment to all sorts of stuff. So, the house is wired to the hilt. My next step is to go all wireless, wireless speakers, wireless computers, wireless everything. That would mean no more tangled mess hidden behind the really cool stuff.

Today our number one son, Lee introduced us to the next level of computing technology, the Air Mac. It’s an ultra thin HD laptop computer that has no hard drive and no disc drive. It is composed completely of Flash technology. That means the world is going all solid state, the Transformers are going to take over soon and we small humans will be the slaves to our own technology. Oh wait, that’s the way it is now…